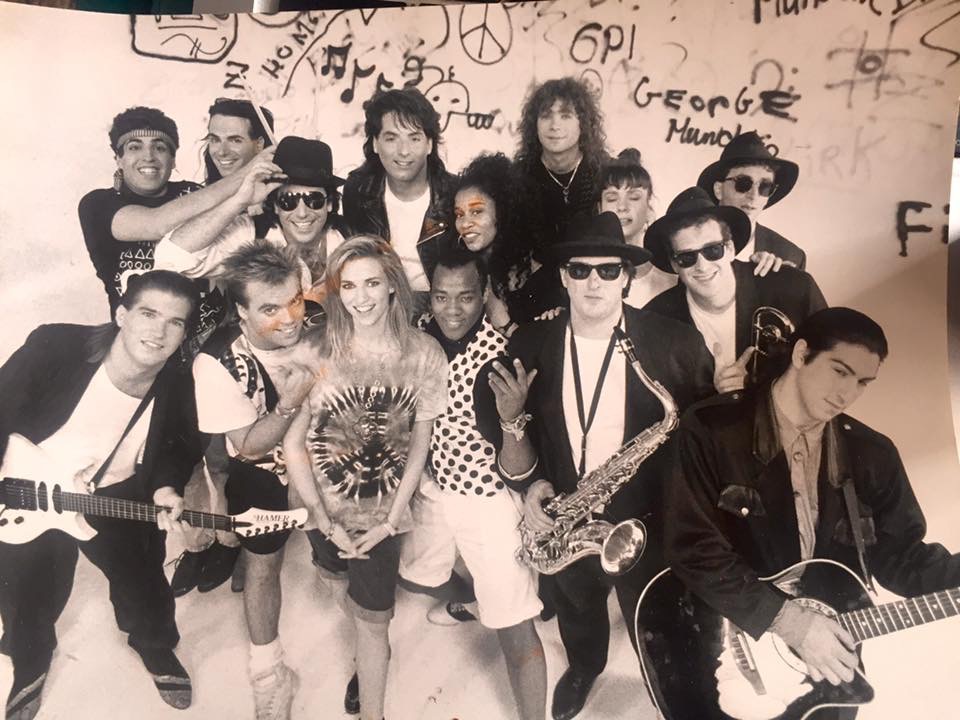 Debbie Gibson Making of We Could Be Together Video

This picture was taken during the making of the “We Could Be Together “ video, from Debbie Gibson’s “Electric Youth” album. In addition to the actual touring band, the part of the horn section was played by Debs producer, Fred Zarr (top, 3rd from left) and other members of his production team. (In hats, and sunglasses)