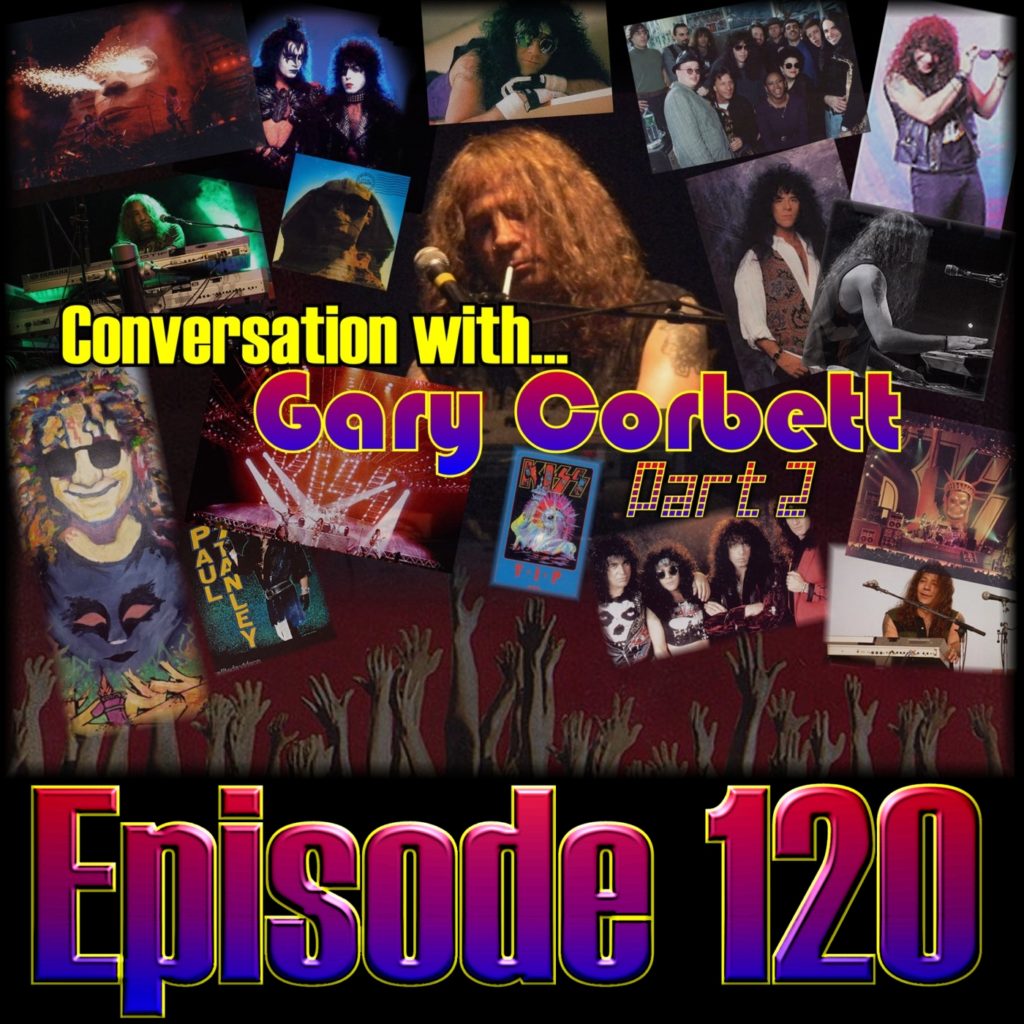 To say that last week’s part 1 of our conversation with keyboardist Gary Corbett was popular would be an understatement. In just 7 days, part 1 exceeded download totals for any episode in show history. 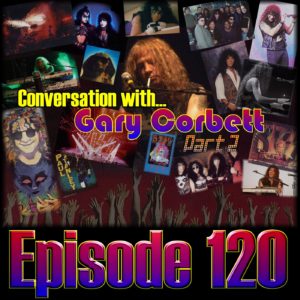 The audience feedback was overwhelming with many, especially KISS fans, expressing gratitude for a peak behind the curtain of a working band that has had its share of controversy. This week’s second half is no exception.

Gary shares his happy recollections of his time spent on the road with Paul Stanley during his 1989 solo tour. The solo band, comprised of Stanley, Corbett, guitarist Bob Kulick, bassist Dennis St. James, and drummer Eric Singer formed a tight bond and showed a side of Stanley that was much easier to work with according to our interview subject. While this tour seemed a happy time for Paul Stanley, Gary explains that there was definite pushback from the rest of the KISS camp and not just Eric Carr. He also shares an eerily prophetic moment from Carr after he took in a Stanley solo performance.

We then segue into discussion of Eric Carr’s decline in health. Gary describes the physical symptoms that cropped up during the end of the Hot in the Shade tour and the subsequent surgeries and chemotherapy. 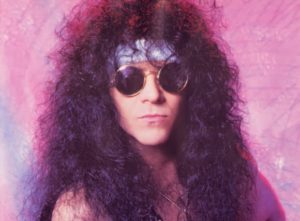 diagnosis. Gary shares his memories of what took place between Carr and his KISS bandmates and what led to Carr’s family cutting off all contact to Gene Simmons and Paul Stanley during the end of Eric’s life.

Gary also shares his objections to certain things portrayed in The Eric Carr Story by Greg Prato; a book in which Corbett is quoted alongside Bruce Kulick, Carrie Stevens, and others that were close to the late drummer. He also states how his side of things are backed up by, what many would consider, a surprising source.

Hot in the Shade was released as, basically, a collection of demos that were polished up for cost-cutting measures. Gary explains how one of the biggest tracks on Hot in the Shade featured a future lineup of KISS.

Gary then takes us a bit by surprise by stating that Eric Carr was, indeed, fired by KISS and explains the different ways in which they were pushing to attain his exit from the band during a very difficult time as well as their motivation.

During this part of the conversation, Gary recounts more of Eric’s displeasure with his drum solo being taken away during the beginning of the Hot in the Shade tour. He also claims that Paul Stanley, in particular, had a certain way of, in his words, “torturing” Carr.

Gary then shares details of the funeral and the tension that hung in the air as Eric’s KISS bandmates showed up for the services. He also talks about the infamous feud between Gene Simmons and Howard Stern due to Stern’s comments on the air about Eric’s death. Gary reveals his role in this drama that wound up being played out on Stern’s television show later. He also shares details of the icy reception for Simmons and Stanley at the post-funeral dinner.

One positive note from the funeral is shared by Gary as he describes the miles-long turnout of thousands of fans along the road for the procession. Despite the fan support though, Carr’s parents were uncomfortable with the attention.

Chris tells Gary about seeing footage of he and Carr goofing off on camera during the Hot in the Shade rehearsals in bootleg footage that circulates among fans as Exposed II. Gary goes on to discuss some footage that he took himself of the band during the band’s Smashes Thrashes and Hits tour and, in particular, a certain story of Carr experiencing hash in Amsterdam for the first time. 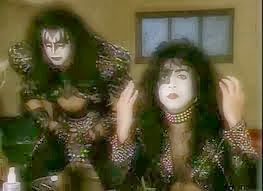 Gary describes some of the conversations that took place among the band during the Hot in the Shade era including the Paul and Gene’s stories of Ace and Peter, talks of a possible reunion, and the tension that resulted from a makeup-era flashback scene that was filmed for the ‘Rise to It’ video.

Gary also shares how Eric Carr’s naivety and innocence worked against him in the confines of the music industry. He talks about Gene and Paul’s business savvy and what he thinks it will lead to in the future.

We then ask Gary about the Revenge era and he describes his memories of the club shows that led up to the tour to break in new drummer Eric Singer. He explains how the emotional toll of Eric’s death kept him from being able to continue to work with the band and how he made his exit from the band. He also talks about how the tension, with Paul Stanley, in particular still exists after the two saw each other backstage in Nashville during the 2012 co-headlining tour with Motley Crue. 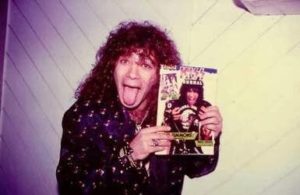 in the band portraying the Catman character and how he feels about Singer’s extended employment with KISS.

Finishing up the conversation Gary explains how Eric Carr’s memory and friendship are absolutely the highlight of his time working for the band as well as his current projects, plans for the future, and success that he’s had with other artists such as the Marley Brothers and Cyndi Lauper.

The Decibel Geek podcast would like to thank Gary Corbett for a such an open, frank conversation. 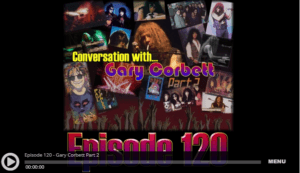