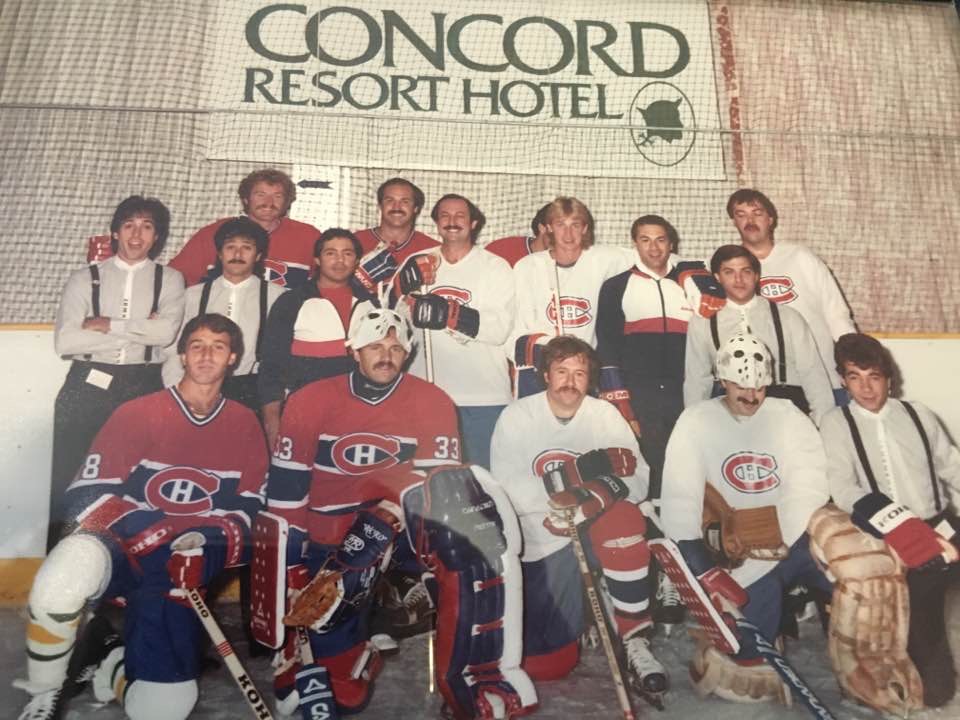 On the ice with members of the Montreal Canadians hockey team, and other NHL all stars, including hall of famer, Larry Robinson, and “the great one” Wayne Gretzky. This photo was taken during the summer after Gretzky’s first season with the Edmonton Oilers. After a hard fought battle on the ice, Wayne and I traded my piano tie, for one of his sticks and a pair of custom Nike shoes that were made for him for a Nike ad. Fortunately we wore the same size. I’d say I got the better of that deal.