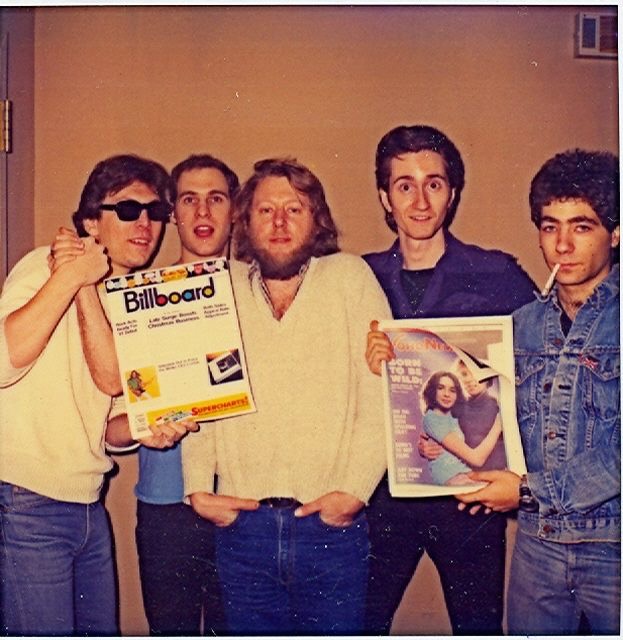 Tom Dickie and the Desires in the Studio C Lounge

This picture was taken up in the lounge of Studio “C” at Electric Lady Studios in Greenwich Village NYC during the recording of the Tom Dickie and the Desires album “Competition” on Mercury Records in 1980. (L to R) John Macey (Bass), Tom Dickie (Vocals/Guitar) Martin Rushent (Producer) Mike Roy (Lead Guitar) and Gary Corbett (Keyboards) Martin is best known for the next project he produced, which was Human League’s monster hit “Don’t You Want Me Baby”